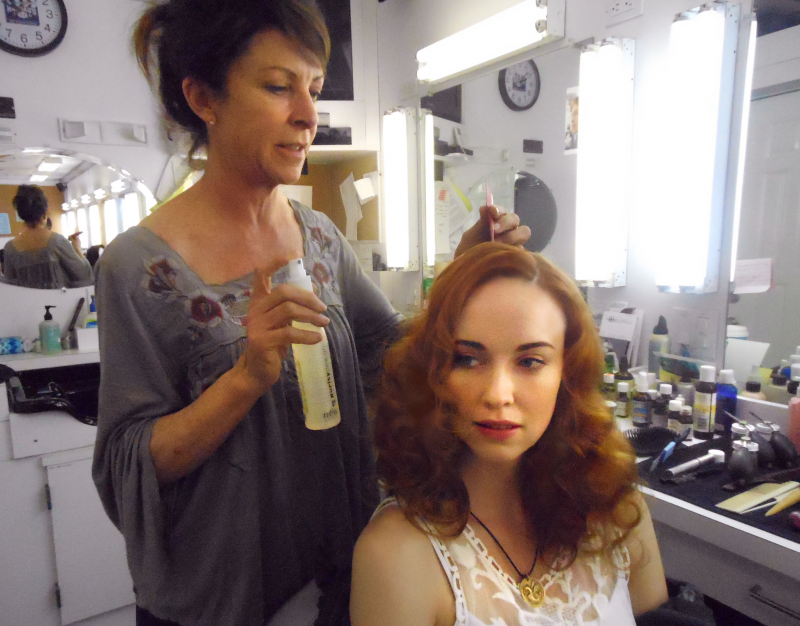 Emmy Nominated Hairstylist,Colleen LaBaff on the Set of The Originals

Richard Zucckero, CEO and President of IT&LY Hairfashion, N.A., a professional hair care and hair color manufacturer, proudly congratulates Hollywood hairstylist Colleen LaBaff on her recent Emmy nomination for the CW television series, The Originals. As the hair department head, Colleen created and designed the hairstyles and wigs nominated for “Outstanding Hairstyling for a Single-Camera Series”.

The selected episode aired in early January 2014 and was titled “Dance Back from the Grave”. It consisted of flashbacks to 1919 with hair and fashion of that era. The plot then combined with the story line of the Original family from The Vampire Diaries as they returned to the city they helped to build, New Orleans.

According to Colleen LaBaff, “I have used IT&LY Hairfashion, N.A. products for the past 5 years on all my film and television projects. Their products deliver the results I need for the eye of the cameras and directors. ”

Colleen LaBaff’s work has also been seen on Hunger Games, Iron Man 3, Hitchcock, Burlesque, True Blood, Always Sunny in Philadelphia, Star Trek, Pirates of the Caribbean and The Remaining to name a few.